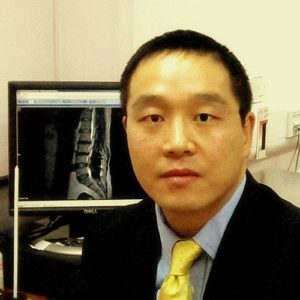 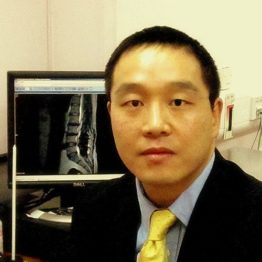 Mr Steven Lau was brought up in the east Kent area and qualified from medical school at Edinburgh University where he obtained a first class honours in his intercalated degree.  His basic surgical training took place at St. Barts and the Royal London hospitals, before being appointed as a trauma fellow at the Royal London Hospital. He completed his higher surgical training on the prestigious South East Thames rotation, gaining his FRCS (Tr & Orth) in 2010. Mr Lau developed an interest in spinal surgery early during his surgical training, and has working in the spinal units at the Royal National Orthopaedic Hospital, Stanmore, Guys and St. Thomas’ Hospital and the Evelina Unit. Between 2010-2012, Mr Lau trained on the spinal fellowship as the University Hospital of Wales and worked at the Conquest Hospital, Hastings spinal fellow.

Degenerate lumbar spine and back pain